Where has he been, where is he going and what does he want?

Growing up on the Westside of Long Beach, California; impoverished and breathing toxic mold at 3605 Caspian Ave. Hashim learned early in life the value of hard work, and the importance of education. Only to realize later in life that Hard-Work and Education are merely ploys utilized by Reptilian Elites to enslave those at the lower echelons of society.

Hashim graduated with honors from Long Beach Polytechnic High School. While attending Polytechnic, Hashim participated in student council, was captain of the football team, and an advocate for a multicultural curriculum. Hashim was active in sports; as a defensive tackle he helped lead the Poly Jackrabbits to three Moore League Championships and a C.I.F. championship. Exonerated by Coach Don Norford as an, “Extremely level headed individual; who carries out each endeavor with the utmost passion and zeal.” Hashim was a member of the Black Karate Federation where he earned his Black Belt in Kenpo Karate. In his spare time, he would impart his skills to youngsters, and teach them the meaning of hard work, dedication, and commitment. For his involvement in the community, and serving as a positive role-model for at-risk youths on the verge of falling prey to drugs, and gang activity, Hashim was recognized by the Long Beach, Press Telegram as a, Community Hero. Furthermore, his academic excellence earned him a National Award from the National Achievement Academy. While attending The Compton Community Educational Center, Hashim was Treasurer of the African-American Student Union, as well as a star athlete. As a middle linebacker for the Compton College, Tartars he received the All-American Academic/Athlete Award, and was chosen First Team in the All-Western State Conference. Hashim’s charismatic and out-spoken activism, concerning the plight of marginalized communities, earned him, The Leonard Stovall Achievement Award, from Sigma Pi Phi Xi Boulé. Hashim graduated with honors from The Compton Community Educational Center in June of 1990 with an Associate of Arts degree in Computer Science. Nationally pursued by prominent universities for his academic and athletic accomplishments, Hashim’s academic endeavors lead him to follow in the footsteps of the great late Dr. Martin Luther King Jr., and attend the highly prestigious Morehouse College (YEAH RIGHT!) in Atlanta, Georgia. After receiving accolades in the 1990, April-May issue of Upscale Magazine, as well as being named Who’s Who among American Junior Colleges, Hashim was contacted by Dr. Trevor Bentley a Morehouse alumni, who laid the foundation for Hashim to continue his academic pursuits at Morehouse College. His talents both in the classroom and on the football field went unnoticed by Morehouse faculty, and therefore, awarded Hashim a full scholarship. At Morehouse College, Hashim immediately began to shine. He participated in student government. He led the fight for more quality, and nutritious food in the school cafeteria. Hashim stepped into a leadership role as Team Captain of the Morehouse Football Team. As a defensive tackle, middle linebacker, and occasional long snapper, radio announcers referred to Hashim as the, “Minister of Defense” because every opposing team experienced bewilderment in how to shut down Hashim’s relentless pursuit to the ball. His teammate began calling him, “Hashim The Dream” because he had no mercy for running backs. Some say, “Hashim, would hit them so hard, he would put them to sleep,” thus coining the phrase, “The Dream.” Hashim earned acceptance into the highly esteemed, Ronald E. McNair Post-Baccalaureate Achievement Program where he designed, and coordinated an independent research project. His research, published in the 1994 McNair Journal consisted of testing the effects subliminal stimuli have on human sensory receptors. Hashim was very active in the community, he engaged in extensive work as a youth mentor at local elementary schools. On occasions, local high schools invited him to speak to their students. He discussed topics such as, “How to Build Positive Self-Esteem,” and an ongoing research topic he is most passionate about, “Subliminal Suggestion and its Effects on the Mind.” Hashim graduated from Morehouse College in June of 1995, with a Bachelor of Arts in Psychology. Returning home to care for his ailing father, Hashim took a position at a non-public school as a Special Education Instructor and Coach. During this time, Hashim had the urge to serve. He became a Big Brother for the Big Brothers and Big Sisters of Greater Los Angeles, and executed an internship with KKBT 100.3 The Beat, as a Promotional and Outreach Associate. Being adamant and proactive about community concerns, Hashim participated in a highly organized community based program offered by the Los Angeles Police Department. This program is known as, The Adult Community Police Academy, from which Hashim proudly earned a certificate of completion. Hashim has always felt a special connection with young people. He worked as a Rehabilitation Counselor, an Educational Counselor, and then Special Educational Teacher.

Hashim is a Qualified Mental Health Professional he has worked as a Rehabilitation Therapist assisting adolescent youth in adjusting to social-emotional issues. Hashim has taught in the elementary grade levels in the Los Angeles Unified School District. Parents and colleagues have sought his expertise concerning curriculum and student academic achievement. Hashim has served as a California Teachers Association State Delegate, as well as an Honorary Chairman of the California Business Advisory Council, he

was honored by Rep. Virginia Foxx in 2005 as California’s Business Man of the Year, from The National Republican Congressional Committee. In 2005, Hashim earned a Master’s of Arts degree in Education from California State University Dominguez Hills. Hashim’ honor roll status at CSU, Dominguez Hills, earned him acceptance into the highly esteemed honor society known as Pi Lambda Theta. Immediately after graduating, Hashim joined the United

States Military to assist in the fight against Radical Islamic Terrorism. SGT. Hashim Mwamba Bomani served 8 years as a Signal Support Specialist for the United States Army. In his spare time Hashim transforms his talent into an alter-ego known as, Hashim The Dream. Hashim The Dream produces uncompromising creative concepts that are pushing the envelope in genres such as, Hip/Hop, Alternative, and Spoken Word. Fans and/or Haters can download Hashim The Dream for free by clicking the image at the bottom. Honor, Courage, and Commitment; Hashim The Dream lives his life Logically and Rationally as a MGTOW Monk. Hashim The Dream believes from personal experience that, “What the mind can envision the body will bring into existence.” 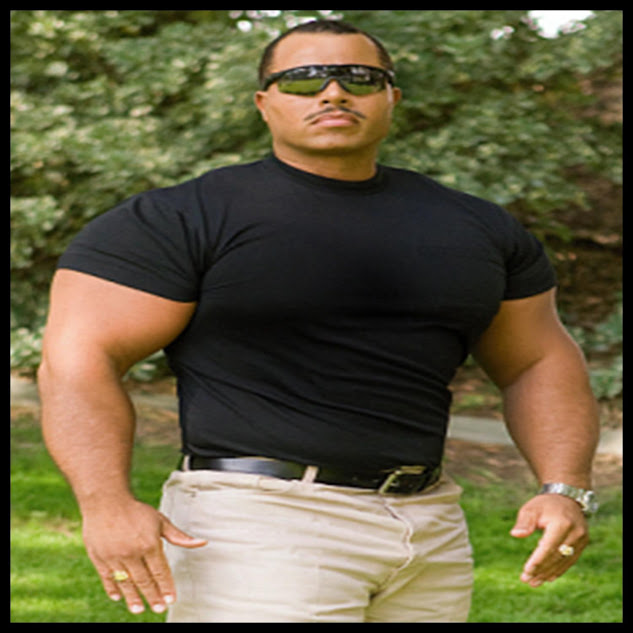