SAVIOURS DAY WILL NEVER BE THE SAME: IS THERE A HEAVEN FOR UGLY FAT ASS BLACK DEVIL BITCHES?

HOLY SHIIT! “HEAVEN” MUST BE COMPARTMENTALIZED BECAUSE I’LL BE GODDAMNED IF I ENTER A “HEAVEN” WITH THESE DOG SHIT UGLY MOTHAH-F%CKAH’S. FARRAKHAN AND HIS MINIONS TELL THEIR BEAUTY CHALLENGED LOW IQ LEALOTS THAT THEY WILL BE TRANSFORMED INTO SOMETHING “ANEW”… NOW WHAT KIND OF SPOOKISM IS THAT? GET THE F%CK OUT OF HERE, IF I HAVE A CHOICE BETWEEN GOING TO A “HEAVEN” WITH THESE DOG SHIT UGLY MOTHAH-F%CKAH’S OR ENTERING INTO AND WHOLE LOT OF: WAILING, GNASHING OF TEETH, FIRE AND BRIMSTONE HELL AND/OR HADES… I SURLY WILL CHOOSE THE LATTER!!!

Give me a F%cking Break! No God, Deity, Messiah, Mahdi and/or so-called “Saviour” with a Nano ounce of testosterone is going to get the shit beat out of his ass for proclaiming to be the “Son of Man, The Light of the World and/or The Savior of God’s Children”, then “Resurrect” in order to sit at the “Right Hand of a Spook God and delegates the building of Condominiums in so-called “Heaven” only to return to this F%cked-Up Planet “Like a Thief in the Night” to save a Beast like Whoopi F%cking Goldberg. 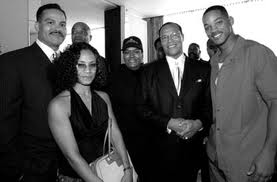 hes a pile of Grandiose Bull-Shit such as: “The Black Woman is the Queen of the Universe, The Original Mother of All Civilizations, and The Backbone and/or Rock of the Black Nation” all because she holds the purse strings in the so-called “Black Gynocracy”. And when it is all said and done, the Nation of Islam and the Black Mega Church needs Ugly Black Devil Bitches to line their pockets and finance

their lavish lifestyles at the top of their Bull-Shit Mangina Religious Pyramid Scheme, and/or their Redundant, Do Nothing, and Go Nowhere Hyper-Religious Cuck Agenda. Mind you, any humanoid with a pulse that is rejected and despised will pay big money to hear a “Light Bright Damn Near White, High Yellow Mellow BETA Simp” tell them hyper-glorified and/or tantalizing fairy tales about how Beautiful and Valuable an Ugly Black Bitch like Whoopi Goldberg is to the F.O.I. (Flunkies of Islam.) Hence, any Mother-F%ckah who tells you that an Ugly Bitch like Whoopi Goldberg has any other value other than for harvesting her organs is not only retarded but is a certified BETA Simp Gimpologist (A Retarded Erudite on Crystal Meth.) So you disagree, well ask your skeptical mind’s eye the following question: If the Black Man has no job, and therefore, is unable to Financially sustain Religious Organizations like the Nation of Islam, and you know Feminazis would not dare send money to an Organization that refers to Manginas as the “Devil and/or Skunk of the Planet Earth”, but will at the same time allow all Ugly Black Devil Bitches to collect Welfare and/or work in Gynocentric Corporations. Who then is financially sustaining BETA Simp Pimp Organizations like the Nation of Islam and/or Black Mangina Mega Churches? Yep, you guessed it, Fat Ass Ugly Black Devil Bitches who need sweet nothings whispered in their God-Damn ears. 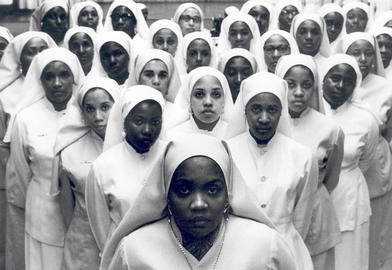 MESSAGE TO THE UGLY BLACK TREACHEROUS FEMINAZI BITCHES: If you Ugly Black Devil Bitches just so happen to have a so-called “Man” in your life, know with certainty that, he is only with your Fat Ugly Treacherous Black Ass because you keep him sedated and you have total and absolute control over the finances in your relationship. Face the facts you Ugly Black Devil Feminazi Bitches, Sedation and Economic Manipulation are the only conditions under which you can keep a so-called “Real Black Man”. Go ahead put your so-called “Real Black Man” to the test. Hence, sober him up and give him total control over the finances. Exactly, you Ugly Black Feminazi Bitches know that the only reason any so-called “Real Black Man” tolerates your Fat Ugly Black Ass is simply because he has no money and/or he is intoxicated. Oh, and don’t any of you sleep on the so-called “Honorable Minister” Louis Farrakhan and Bitch-Made Punk-Ass Barack Obama because if these two Mangina Punks had the chance to do it all over again, and were never relegated and/or trapped into poverty and perpetual destitution, they would in 1/10th of a Nano-Second have dropped these two retarded Black Devil Bitches (Michelle and Khadijah) a long-long time ago.

Notice if you will that, Martin Luther King Jr. Malcolm X, Louis Farrakhan and Barack Obama were all broke, destitute and of meager means when they met these Treacherous Black Devil Bitches. And Like Venomous Vipers waiting under camouflage for a weak and vulnerable prey to pass the smell test so it can sink its fangs into its body and inject the weak and vulnerable prey with its toxic venom, so to is it when these Treacherous Black Voodoo Bitches isolate and contain weak, destitute and vulnerable so-called “Real Black Men.”

Think about this, it was not until J. Edgar Hoover sent Coretta Scott King an audio tape of Dr. Martin Luther King Jr. having sexual relations with a Caucasoid Female, which was the ultimate Taboo of that day, and shortly after that Dr. King’s assassination was ordained and executed. Hell, it was Elijah Muhammad who authorized Malcolm X to court and marry that Ugly Black Voodoo Bitch known as Betty Shabazz, and when Malcolm X left the Nation of Islam and that Nation of Islam check was no-longer an option, and Betty Shabazz needed food and diapers she eventually had to go behind 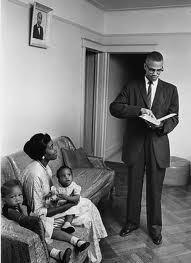 Malcolm X’s back and seek refuge in Elijah Muhammad’s prostitution racket known as the Muslim Girls Training & General Civilization Class (MGT & GCC) of the Nation of Islam, and soon after that, Malcolm X’s assassination was ordained and executed. However, Justice and/or Divine Retribution has a funny way of rearing its Universal Head, in that, eventually this Ugly Black Back Stabbing Devil Bitch, Betty Shabazz was set on fire and burnt alive by her grandson. Funny, it makes one wonder what exactly, did Betty Shabazz’s grandson, know, understand and/or figure out about his Grandmothers Vicious and Treacherous Voodoo Practices? Make no mistake, no so-called “Real Black Man and/or God” in positions like Barack Obama and/or Louis Farrakhan can 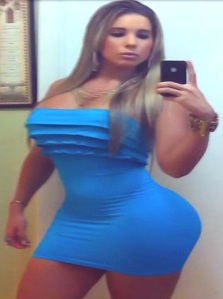 squelch their longings and desires to walk arm-and-arm with a Genetically Superior Superstar Female, and at the same time accept a life in perpetual misery and/or contained in side Michelle Obama’s and Khadijah Farrakhan’s chambers known as, “Ugly Black Bitch Purgatory”. Furthermore, no “Real Black Man” in control of his destiny and in his right mind would ever tolerate the Voodoo Grip these Ugly Black Devil Bitches have on so-called “Powerful Black Men and/or the so-called, “Owner, Maker, Cream of the Planet Earth, God of the Universe”. Unless of course, that so-called “Real Black Man and/or God” has been thoroughly spaded and/or neutered by an Ugly Black Devil Voodoo Bitch. Hence, the only way Ugly Black Bitches like Michelle Obama and Khadijah Farrakhan can keep Obama and Farrakhan focused on their Ugly Black Ass’s is through cold calculating voodoo concoctions, plus the fact that Barack Obama and Louis Farrakhan are in so deep, that even if they woke up, and asked for a divorce from these Ugly Black Devil Bitches, that BloodThirsty Gynocentric-Reptilian Judge is standing-ripe-and-ready to walk these two Bitch Ass BETA Simps, via cable tow, directly to skid-row. 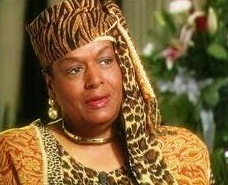 and has a cranial bone structure reminiscent of an ape and/or gorilla. Hell, you mean to tell me that, as perfect and efficient of an image both Louis Farrakhan and Barack Obama like to perpetrate and project to their audiences, they are oblivious and/or unaware of Michelle’s and Khadijah’s genetic deficiencies and/or flaws? Hell you better think again, Barack Obama and Louis Farrakhan would have dropped these two Ugly and Genetically Deficient Black Devil Feminazi Bitches a long time ago, and would have proudly spent their time and resources on securing and/or courting the adoration of Genetically Superior Superstar Females had they never been overtaken by the Voodoo Grip of these two Treacherous Black Devil Bitches.

So F%CK all of you, DOG SHIT UGLY TREACHEROUS BLACK DEVIL BITCHES, EVERY REAL BLACK MAN DESERVES A “WHITE CHRISTMAS” EVERY GOD-DAMN NANO SECOND ON THIS F%CK-UP PLANET!

Now back to our topic: What is even more interesting, is how Louis Farrakhan is all of a sudden

embracing Tyler Perry’s homosexual and/or cross dressing concoction known as “Madea”. In that, on or about the time the movie “Django” was released, Louis Farrakhan gave spiritual praise and pontificated accolades to Mr. Tyler Perry, a cross-dressing Cuck who significantly contributes and perpetuates the destruction and demise of Black Male Masculinity.

Yes, the headline baffles us as well… Nation of Islam leader Louis Farrakhan turned heads after praising Hollywood director-actor Tyler Perry’s “Madea” character, calling it a worthy portrayal of a “strong, Black woman.” The minister went on to hail Perry for bringing the bawdy, tough-talking matriarch to the masses.  During a special roundtable discussion edition of the program “Farrakhan Speaks,” Farrakhan fielded questions from the staff of the NOI’s publication, the Final Call. When asked about America’s entertainment establishment, in particular the fervor surrounding the film Django Unchained, Farrakhan eloquently addressed the necessity of creative people. It was his response regarding Tyler Perry, however, which stood out the most.

This begs the following questions: Is Farrakhan’s embrace of Drag Queen Tyler Perry an opening to his acceptance of Homosexuality, demasculinizing of Black men, Men Sodomizing Men, the “Faggotization” of the Nation of Islam and/or the F.O.I (Hmmm, Faggots of Islam… It works)? Or is Louis Farrakhan utilizing his opportunistic skills to secure financial assistance from Drag Queen Tyler Perry and his fan base, in order to counter the Nation of Islam’s low-to-no donations and/or dwindling participation numbers? NOW DON’T TELL FARRAKHAN, But Even the Nation of Islam’s Official Website has drop significantly on the Google Search Engine… TAKE IT OR LET IT ALONE!!!

Once again, Louis Farrakhan and the Nation of Islam Losers are not passing the smell test. Hence, a stench is brewing in Chi-Town, and Pure Motive is not enjoying the stench. Now Feast your eye’s on the “Real Children of Israel” and/or God’s Dime Pieces and/or God’s Chosen One’s: Hence, this is what it is all about Men, being Happy… Enjoy:

Oh yeah, tell Louis Farrakhan to shut the F%CK-UP about being respected by the GOD-DAMN GYNOCRACY and attempting to discourage Real Men from choosing Genetically Superior Superstar Females as Mates. Just because Farrakhan is stuck with an Ugly Black Retarded Bitch does not mean we have to do the same. Hell, Farrakhan’s son is married to a white woman. Grant it, the Bitch is not a Genetically Superior Super Star Female, but you get the point. So get the F%CK out of here Farrakhan! For it was you Farrakhan, who told the Black Man, that he is the so-called, “Owner, Maker, Cream of the Planet Earth, God of the Universe.” For it was you Farrakhan, who said, The Black Man “Created the Caucasoid Race.” And since the Black Man created this so-called, “White Man”, then the Results of that Equation concludes with the “fact” that, the Black Man also Created the so-called, “White Man’s” so-called, “White Woman.” So do not deviate from your Bull-Shit teachings now, Farrakhan. Just shut the F%CK-UP and accept the fact that the Black Man is now Choosing the “BEST” of his so-called “Creation.” You F%cking Hypocrite. RUN TELL DAT…BITCH! 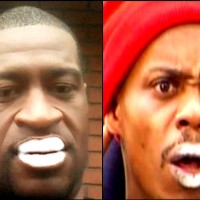 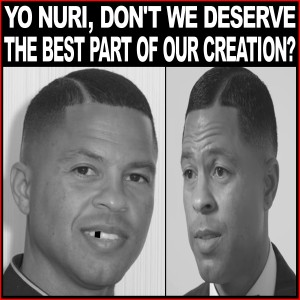